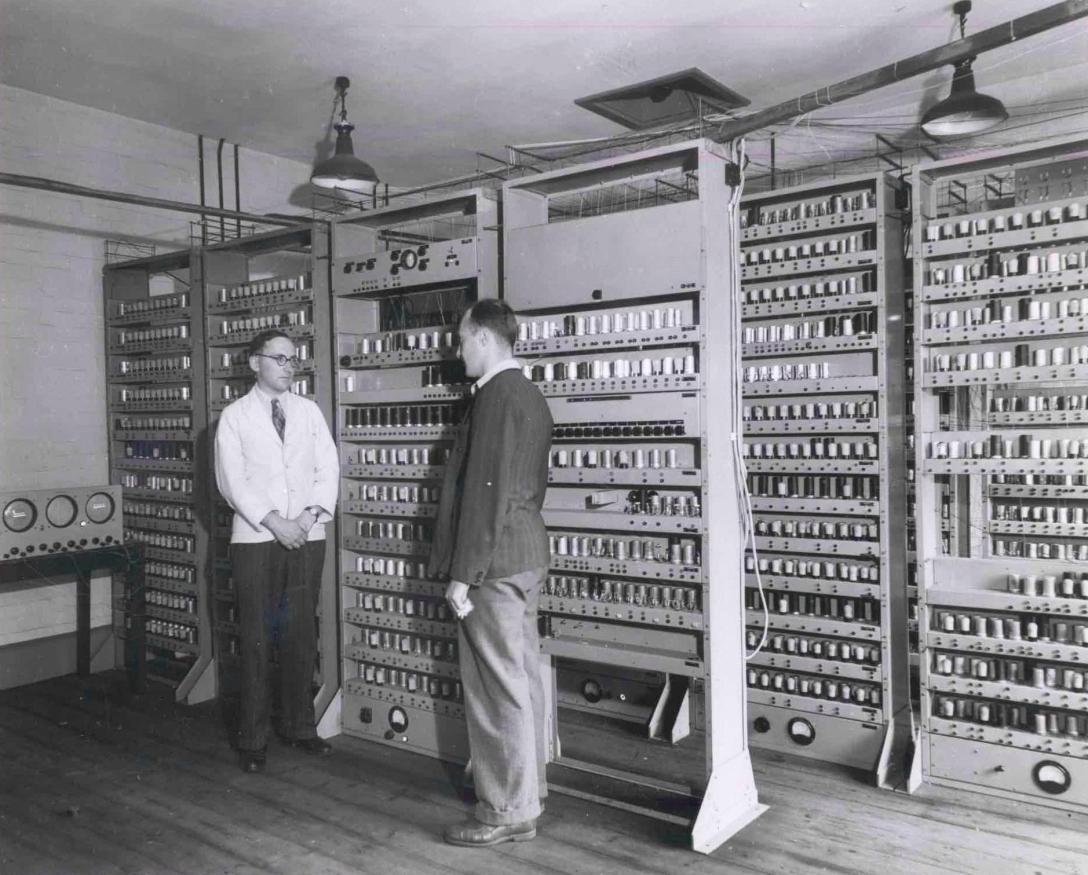 We have now recounted, in succession, each of the first three attempts to build a digital, electronic computer: The Atanasoff-Berry Computer (ABC) conceived by John Atanasoff, the British Colossus projected headed by Tommy Flowers, and the ENIAC built at the University of Pennsylvania's Moore School. All three projects were effectively independent creations. Though John Mauchly, the motive force… END_OF_DOCUMENT_TOKEN_TO_BE_REPLACED